Established in 1989, Golden View Elementary School is located in the region of Canyon Lakes, east of Interstate 680. Presently, with more than 680 students, there are twenty-eight TK to 5th-grade schools. Golden View is committed to delivering an education for the 21st Century.

Golden View is committed to delivering an education for the 21st Century. Our classrooms are fitted with interactive teaching stations thanks to our supportive parental community. In addition to our 33 seat PC lab, our students benefit from 1:1 Chromebooks for our lower grades in all 3rd, 4th and 5th grade classrooms and numerous roaming carts for iPads and Mac laptops. Students of Golden View will learn in an atmosphere rich in technology that helps them to explore the education of the future, including a variety of student technology devices funded by our Gator Fund.

For various kinds of learning, they have all sorts of approaches to learning! I love that they're not sitting at a desk and looking at a computer all the time! Because of the farm, they have alternative seating choices and plenty of hands-on learning!

For the 2017-18 school year, Golden View Elementary School ranked in the top 50 percent of all schools in California for overall test scores (math ability is top 50 percent, and reading ability is bottom 50 percent).

The 25:1 student:teacher ratio is higher than the 23:1 state average in California.

Minority enrollment is 61 percent of the student body (mostly Hispanic), which is smaller than the average of 77 percent in California (majority Hispanic).

The student population of 356 students at Golden View Elementary School has dropped by 25 percent over five school years.

Over five school years, the teacher population of 14 teachers decreased by 22 percent.

For the 2017-18 school year, Golden View Elementary School is ranked among the top 50 percent of all 9,602 schools in California (based on combined math and reading proficiency testing data). 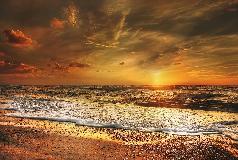